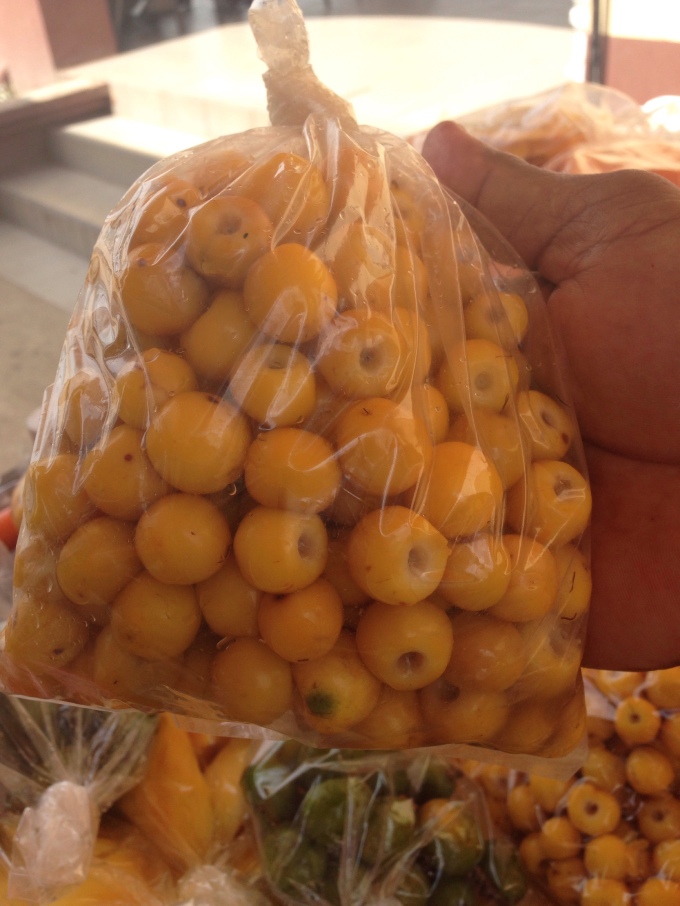 I sat on a wooden bench—the kind you can’t seem to get comfortable in—waiting for the bus. I heard a man mumbling behind me. He sounded crazy, like he was talking to himself, which I think he was. Then he sat right beside me on the bench.

My first impulse was to grab my backpack and move. Far away. He smelled funny. His shirt, just a cheap t-shirt, was streaked with dirt and damp with sweat. His pants barely fit him; he had some kind of twine as his belt and the extra fabric bunched up in the front where his thin belly was showing.

I smiled and offered him a plantain chip from the bag I was munching out of, mostly to pass time while waiting for the bus. Something told me to just talk to this man. Just see what he has to say.

He politely declined the chip, sticking a finger in his mouth to reveal that he only had one tooth left. He spoke Spanish and so I asked, “De dónde es Ud?” (Where are you from?) although I could’ve guessed. Guatemala, he said. I’ve lived here (in Belize) since 1980.

I was only 4 then, I told him. To get the conversation going.

I asked him what he does for a living. I assumed from his ragged appearance and the dirty, worn bag he carried that he could be homeless. Especially since he’d sat beside me on a bench in the bus station.

I offered him the rest of my water. Again, he politely declined. He smiled and told me he was a farmer.

A farmer? What do you grow?

I live in a village south of here, he said. I grow avocados and nancé.

Oh, I know the nancé fruit, I said. Here in Belize they call it craboo. Tiny yellow berry-like fruits with a tangy-sweet flavor. They get sweeter if you leave them to ripen in the sun.

I have hundreds of fruit trees, he said. Every day I pick the ripe ones and sell them in the market. Today alone I already sold everything. 40 dollars worth. He smiled. I saw his one tooth and noticed his gritty fingernails, weathered hands. He seemed to be fulfilled. Completely at peace with everything.

I’m Roberto, he said. He added his last name. His dignity and pride overtook his downtrodden appearance and in that moment I realized I was talking to a man of great accomplishment.

I was humbled. Put to shame. What could I do, how, with what ingenuity and sheer willpower, I thought, could I just walk into this bustling marketplace and earn myself $40? It was only 10 in the morning. This guy had already earned a day’s worth of work. Selling fruits that he had grown, harvested and hauled in buckets to market.

Roberto, the guy I’ll remember as The Craboo Man, woke me up out of my slumber of privilege, only thinking I was comfortable on that bus station bench. He reminded me not to pass judgment based on appearance. To look deeper.

The Craboo Man has accomplished something most of us can only dream of. Contentment. Self-sufficiency. A simple, happy guy.

This site uses Akismet to reduce spam. Learn how your comment data is processed.